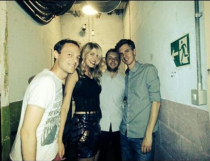 with backing vocals from Shauna Booker and Nick Davies on bass

Formed by Helena and Simon who met at a mutual friends party, London based Periscope View got together early in 2014 creating indie rock music, but in May 2014 the line up changed as the bass player left, so Ian took over and re-wrote these parts on the keys, adding another unique element to the music.

By June 2014, Periscope View had found their new sound, and have drawn comparisons to artists such as Morcheeba, Portishead, London Grammar, Sneaker Pimps, The XX and Sigur Rós.

A couple of months later, Periscope View were spotted by industry podcast Chartburst and featured as one to watch.

After a year showcasing their sounds and working hard to create original, interesting and thoughtful songs alongside energetic performances, Summer 2015 brought the much anticipated release of The Grays Grown EP recorded at OneCat Studios, produced and mastered by Del Sajiwandani aka DJ Sonic.

The Grays Grown EP gave Periscope View the right attention from LoudUp and Tom Robinson and led to all manner of exciting gigs from festivals, community events and venues.

The songwriting is the bands strongest to date with production that allows the individual musicians talents to shine. 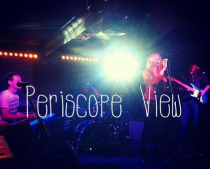 4th March 2015: Supporting Kids on Bridges at The Barfly, London

3rd June 2015: Supporting Kids on Bridges at The Garage, London

6th August 2015: End Of The Trail showcase at The Amersham Arms, New Cross

Be social with us...

We'd like to thank the very talented Sarah Clough for our beautiful branding and Rach Williams Photography for The Grays Grown EP and Photographs EP cover photos.

Recommend this page on: